As the operator of a side project acquisition marketplace, TinyAcquisitions.com I always get asked the question by indie devs: Can I list this side project on your platform? What is the likelihood of this being sold here?

It's a pertinent question! The likes of which is not always easy to give a clear cut answer. It's not easy to say what will sell because there is some randomness to acquisitions. In a sense, you never know what will sell. In the same breath, there are always these side projects that attract buyer attention and they tend to have similar traits.

Overtime, you start to pick up on certain characteristics of side projects that get interest or those that are eventually acquired. You develop "an eye" for the diamonds in the rough. It's why I think we have done so well with sending out "hand-picks" of which one or two projects get acquired within a few hours of sending out the newsletter (almost every time).

So, what improves the liquidity of side projects?

Yup! I said it. The side project that will be more likely to sell is the one that has no revenue.

I am rather suggesting that most side projects that go up for sale actually have no revenue. It's just what it is. There is a likelihood that this is one of the main reasons an indie developer would be trying to get a project sold in the first place; because it's not making enough money. I also think that, universally, there are also more side projects that have no revenue than those that do. So in terms of likelihood for sale, the probabilities shift to those without revenue. This is just my crude estimate based on what I observe in the indie community.

Buying a side project that will take a lot of effort and investment to get to profitability or steady growth comes with risk. The question is, how long will it take for me to get my money back?

There are standard multiples in the market that acquirers will pay for businesses which make the ROI predictable just based on the revenue the business is currently doing or the potential revenue. This becomes less applicable in instances where a side project is pre-revenue or its intrinsic value is hard to determine. This could be because it is either still an MVP or too early in its development phase to tell.

It becomes difficult to determine an agreeable valuation for the side project that you are selling. Side project valuations then become a matter of subjectivity; the highest bidder determines the price.

Within this realm, it is easier for a buyer to come to a price agreement with a seller at less than $10,000 and mentally decide to absorb whatever risk comes with the acquisition. A fair price becomes what the buyer is willing to pay at the point of negotiation.

Here is the empirical price data we have at Tiny Acquisitions based on the side project sales we have had on platform: https://tinyacquisitions.com/search?sort=Sold

3. They've probably been launched on Product Hunt and ended in the top 10

Launching on Product Hunt provides a lot of validation for a side project in its infancy. Three (3) of those critical things are:

Having a user base is super important in proving to an acquirer that the side project is functional and at least they don't have to worry about the basic aspects of usage. The buyer wants to know that they can take what you have and immediately start growing it without putting in too much work up front. A buyer wants to recoup their investment as quickly as they possibly can.

The first thing I do to check the legitimacy of a project is by typing the project name into twitter or reddit search. You may find the handle or a sub-reddit and see what persons are saying about their experience interacting with the project. This provides a lot of validation and can be the main reason why someone decides to acquire. This shows that at least the name is known and picking up where the seller left off wouldn't be from scratch.

Launching on product hunt is not for the weak at heart. It is extremely competitive and the community can be so critical too. Once a project makes it to the top 10 at the end of a day of launches, it shows that the project has something that people think is valuable and would want to use themselves and want others to see as well.

Not to mention the residual traffic from product hunt which continues for weeks and weeks after launch.

Launching on product hunt definitely improves the liquidity of a project.

When you think about buying a digital asset as a business, you must think about this business bringing in income on a recurring basis (something that pays for itself after a while). This is where the idea of software as a service comes in as the go to for the types of projects that would be acquired.

A customer base that would pay for a service in this way is very attractive as part of an acquisition of a side project and this increases buyer interest. More buyer interest, the more likely that you will negotiate and sell that side project.

The SaaS model also provides the backbone for constantly adding new features without changing too much of the core of the project. This can increase the value proposition and thus price point for future iterations.

5. It's probably built with custom code

I really started Tiny Acquisitions as an avenue for no-code developers/makers to get exits. At the time, no-coders were constantly starting new projects and each had a graveyard of old projects that weren't making much money and were basically not being promoted.

I thought that a tiny acquisitions marketplace would be perfect for liquidating these projects built on glideapps, bubble, softr, wordpress, thunkable, appgyver etc.

Here is what the first notion doc looked like as I typed out just what came to mind with what Tiny Acquisitions should be: https://campbellsinvestment.notion.site/Tiny-Acquisitions-98015e6ab8d34351a7d3607b24dd3c27

It's obvious that we drifted a bit from this first idea.

But yessss, we did help no-coders!

However, not as much as we helped indie developers/makers who custom coded their apps. I wouldn't have imagined saying this but our ideal seller is probably one that knows how to code. One that can build out an app with Next.js and deploy it on Vercel.

Here are a few no-code projects that sold on Tiny Acquisitions:

Here are a few custom coded projects that sold on Tiny Acquisitions:

Well, I'm done rambling. If this was helpful you can go ahead and follow me on twitter: https://twitter.com/stepocampbell_

You can always tweet at me and I'll respond. Have a good one :)

A micro SaaS marketplace is a platform that enables makers/developers of micro saas applications to sell/liquidate the codebase, IP, domain names, resources of these software products.

The best kinds of starter businesses to buy online nowadays are side projects. 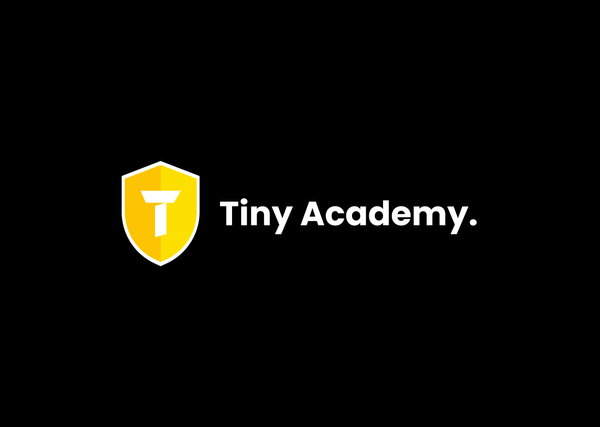 A prestigious community of developers collaborating & building projects to sell on Tiny Acquisitions.